In his lectures Kent mentions that the very substance which threatens mankind in a current generation can also prove to be a healing remedy for the future generation.  Never has the subject of ozone been more talked about than in 1993, when the media was intensely preoccupied with the effects of ozone on our planet earth. What is the theme of this form of oxygen with three atoms to the molecule (O3)? The word ozone derivates from greek language and actually means " fragrant". In weak concentration the fragrance reminds one of hay and cloves and in stronger concentration it changes into a penetrating smell of chlorine.

From this it becomes apparent that if we face danger then there has to be an excess, meaning that the equilibrium is in disorder. As recently as the turn of the century, ozone was considered to be beneficial to one´s health. Spas promoted their image on the basis of their air being "rich in ozone". Doctors prescribed their patients "ozone-bathing" in the forest. Even nowadays naturopaths offer ozon-therapies (with the use of a mixture of ozone and oxygen eg. in the treatment of circulatory disorders and in cases of states of  oxygen deficiency). Ozone does not encounter a barrier within the respiratory system, for example it immediately penetrates as far as into the pulmonary alveolus and can have a healing or damaging effect, depending on the dose.

The gas ozone is produced in the stratosphere. Because of the extreme energy of the ultraviolet-rays, individual atoms split off from the oxygen molecules of the air and combine with molecules vagabonding in space. This compound is pervious to the sun´s warmth but simultaneously filters out the dangerous ultraviolet-rays. This is how the protective mantle necessary for life on earth comes into being. Ideally an equilibrium between the composure and decomposure of ozone exists in the atmosphere.

What has happened in recent years? The layer of ozone in the lower part of the stratosphere (12 to 40 kilometers above ground level) which is supposed to protect us from too strong an ultraviolet-radiation was and is continuing to be destroyed through the use of manmade chemicals, the chlorofluorocarbons (CFCs). The contrary is happening near ground level, in the troposhere - here the level of ozone has increased to a threatening degree.

In simplified form one could say: if there is too little above, then there is too much below. The symptoms occuring during the remedy proving clearly show this polarity (original symptoms of the Materia Medica):

Mind Euphoric sensation, as if on speed, as if tipsy Feeling  of ease, very quiet and calm, relaxed positive feeling, conspicuous loss of tension, going as far as a floating sensation, Noticeable cheerfulness progressing to feelings such as: Mood is not constant, it is unsteady, it can change at any moment going as far as: increased sensitivity feeling of tension and up to: Totally worked up, irritated and cross Aggressive with swearing and feeling overtaxed as far as maliciousness without feeling guilty. The following symptoms show even more clearly the process on another level Sensation of floating as if without contact, offer no chance of approach with a feeling of "standing beside myself", not participating as if I were surrounded by a layer Feeling as if wandering beneath a glass dome, separated from others. and up to Indifference, inner coldness, unemotional, Feeling of inner emptiness. Feeling as if I were a dead, unfeeling stone The effects on the intellectual level are accordingly. From Very concentrated, need for mental occupation Communicative Clear perception: as if something is disengaging from the heaviness of the body up to Difficulty in concentration fairly absent-minded Mistakes when writing Forgetfulness Missing words, I feel as if separated from myself Distortion of sensation of time The colour of ozone is responsible for the darkblue evening skies, on the other hand the colour of oxygen effects the blue daytime skies. This is also explicable in the symptoms of the remedy proving. The evening sky is blue-black in colour, darkness is approaching, nighttime. In gaseous form ozone is blue, in fluid state (boiling point - 110.5 degrees celsius) violet-blue and in solid form (melting point - 192.5 degrees celsius) black-voilet. Regarding this it is interesting to observe the materia medica symptoms: Fear and panic, heaven has turned against me My situation is more and more hopeless Fear in the dark, my final hour has struck Hopelessness and despair I wish for death I feel connected to the dark forces and am attracted to the colour black. I imagine that the countryside is covered with a black, soft, warm layer of snow. In accordance with the hermetic principle "As above - so below" the ozone-topic also has to manifest itself on the physical level. We gain exact insight into this:

Dizziness Feeling as if passing out

Nose Sensitive to smell, especially repelled by the smell of petrol and chlorine in the indoor swimming pool Smells are intensely perceived Stuffed nose - permanent cold Urge to sneeze

Face Tired, worn off, pale Change in pigmentation (see further on under "Skin“)

Stomach Burping Queasy feeling Nausea Desire for alcohol, sweets Research shows that an extreme increase in the concentration of ozone occurs especially in areas with a strong emittance of exhaust fumes, whereby ozone develops from nitric- and sulphuric oxide under the influence of the sunlight. In such quantities ozone results in health damage to both humans and animals, for example through aggrivation of the mucous membranes, but also to plants, for example through bleached patches. It can even damage organic substances such as textiles, leather veneer. In addition ozone is used as an oxydation- and bleaching agent as well as for purifying water where it is used as a disinfectant instead of chlorine. The remedy proving provided interesting symptoms:

Skin Vitiligo (bleached patches!!) A general symptom experienced by almost all provers was the Extreme tiredness, a feeling of exhaustion Heaviness, as if from a lead apron Naturally these subjects have to show up in the dreams. Just how "fertile", ie. positive such an undertaking can prove to be is depicted by the following: A female prover dreamt at the start of the proving of "birth".  Her thoughts in the dream were: "does something want to be born through the remedy?". Nine months later she gave birth to twins. (Both father and mother of these twins participated in the proving). Other selected subjects of dreams were: Of childhood; Of snakes; Of elephants; Of a house made of glass, crystal, marble; Of sloppy-looking and filthy houses, totally dusty attics, soiled and shabby huts, Toilets of mountains and mountain peaks, where heaven is closer to earth Of travels and foreign places (Peking, Russia, Iceland) Of misfortuned undertakings Of danger, of being threatened Of illegality Of black (!) stains on white and white stains on black; Of poisonous industrial snow; Of gas masks and radioactivity; Of death and farewells and separation. This brief synopsis is obviously not able to describe the entire materia medica which has originated from the evaluation of 45 diaries. This is not the intention of this article. As Hahnemann has taught us, we are called upon to study the materia medica in depth and in doing so to come to a closer understanding of the remedy. I would like to take this opportunity to thank all colleagues who made it possible for us to add this remedy to  the wealth of remedies already available to us. 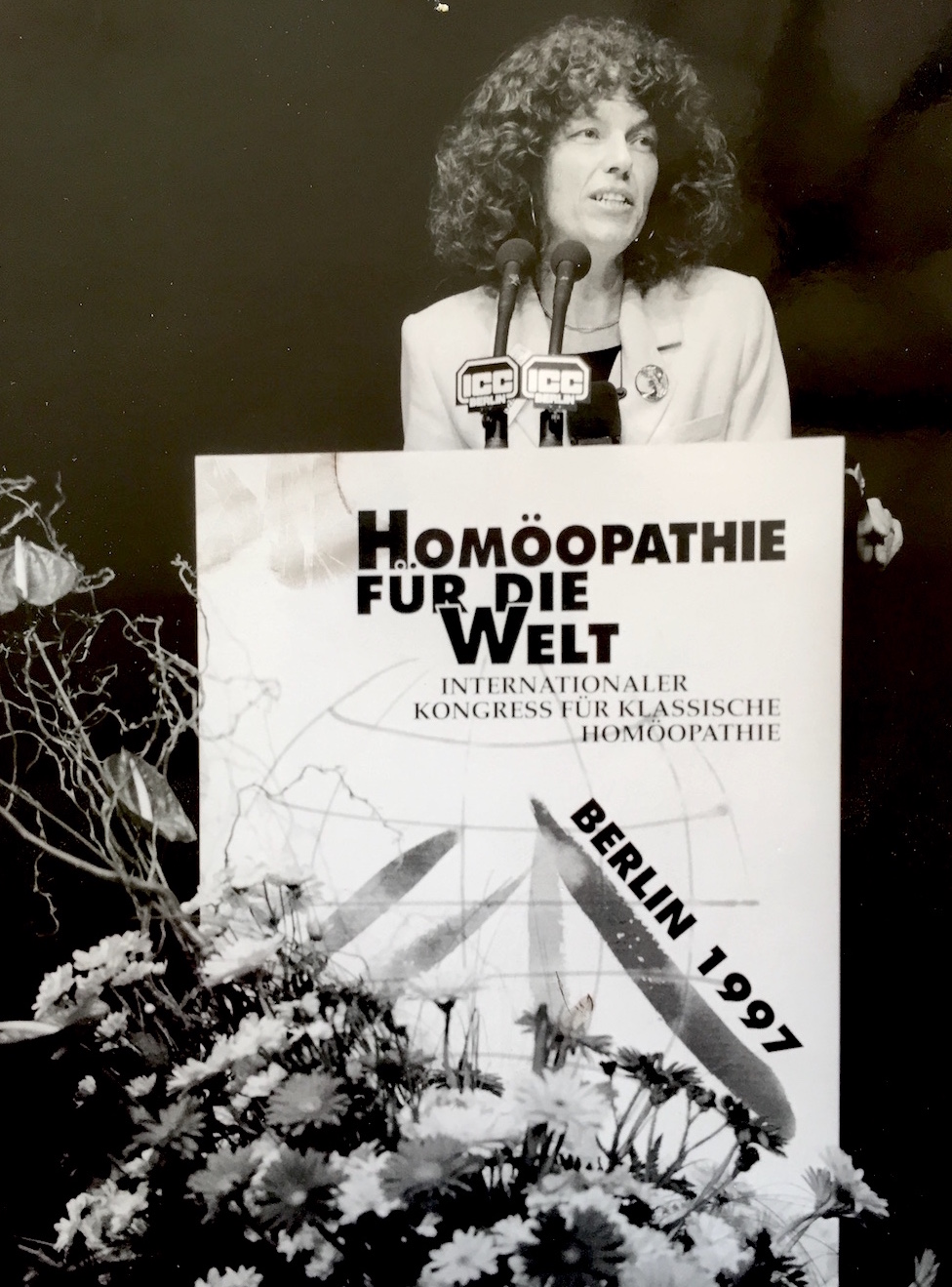